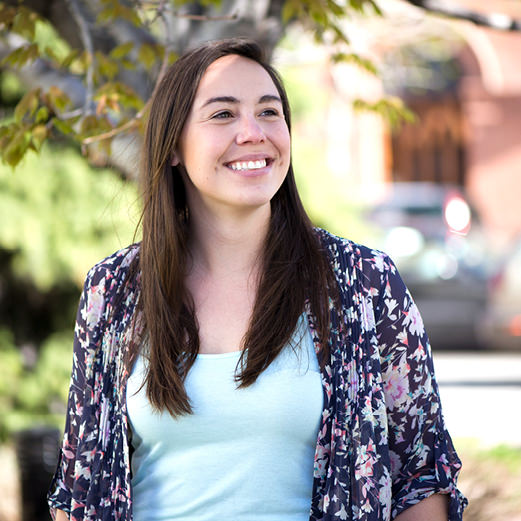 Jacki is originally from California, where she received a BA in Anthropology from the University of California, Santa Cruz.

After college, Jacki pursued her passion for wine in a boutique winery in the Silicon Valley as Wine Club and eCommerce Manager. There, she planned events, balanced budgets, managed over 1500 members, along with sampling a lot of excellent wine. Jacki then held a position of Marketing Director for a real estate firm, where she used her creative and analytic skills to develop marketing strategy, and implement SEO and social media plans.

Jacki and her husband followed their dream of living in the mountains and moved to Bozeman, where they fly fish, ski green circles, hang out with their dogs, and try to contain their active toddler. It's important to note that, despite having worked in a surf shop during college years, Jacki is a pretty terrible surfer.

GET TO KNOW HER