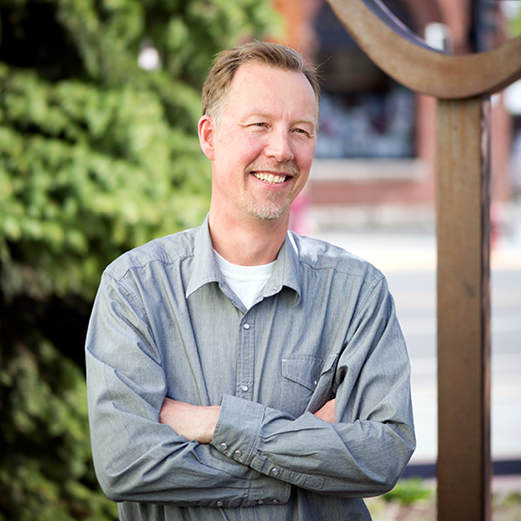 David grew up a fly fishing fanatic in Princeton, New Jersey, then headed north to Maine to get an English degree from Bates College. College summers he worked as a fishing guide at a guest ranch in Montana. After graduating, he managed a large corporate store for Orvis in downtown Boston, but the West felt more like home, so in 1993 he chucked it all to move to Montana for good.

In Montana, David planned upscale outdoor trips for Off The Beaten Path, before striking out on his own to start a freelance marketing and communications consultancy which became Brickhouse Creative around 2000. At Brickhouse, he is creative director, copywriter, strategist, and whatever else lands on his plate.

Outside the office, he continues to play music, which has been an off-and-on semi-pro avocation over the years, as well as fishing, hiking, skiing, and generally trying to keep up with his wife, two daughters, and Jasper the office Labrador.

GET TO KNOW HIM