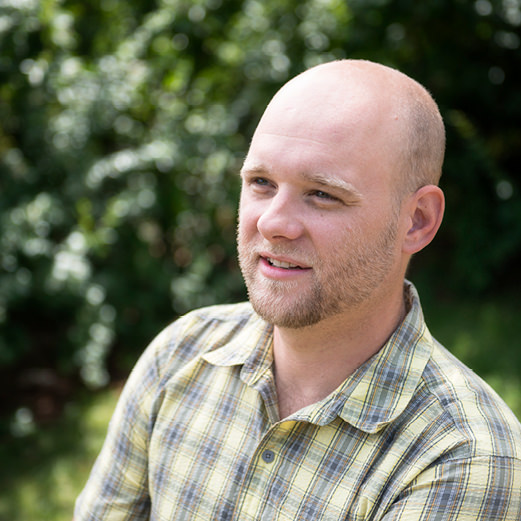 Ben grew up on a small dairy farm in central Massachusetts before hopping a Greyhound Bus west to study English Literature at Montana State University in Bozeman. After some adventures, Pierce returned to Montana to join the Bozeman Daily Chronicle where he worked as the newspaper’s outdoors editor from 2004-2016. His stories and photographs have appeared in The Washington Post, Montana Outdoors, Sports Afield, and numerous other national and regional publications.

At Brickhouse, Ben handles video and still photography work, where his experience in interviewing subjects and finding themes and powerful stories has been instrumental in producing award-winning results. Ben also plays a role in new ad concepting and copywriting.

When not making curves adjustments at Brickhouse, Ben spends his time with his wife, Christine, and dog, Kato, fly fishing, foraging, and exploring the wonders of western Montana.

GET TO KNOW HIM